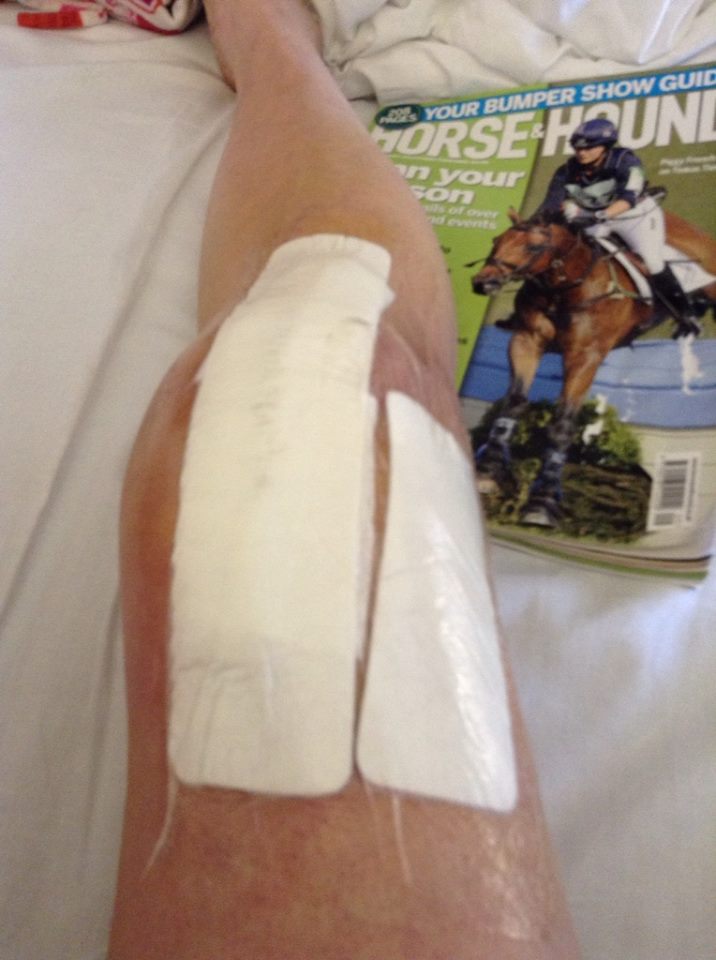 On 26th Feb 2014 Babette got her new knee, Nemo, The operation was a success but she was very poorly for two days afterwards. She was in The Wellington Hospital in London and her surgeon is Mr Harold Ware.

Babette was very well looked after there for 8 days. She is out of hospital now and being looked after by her friend Gina in Weybridge, Surrey for a few days until she has to go back for a check up and to have the staples out next Wednesday, she will go back home after that to start work on “Grrrr!”

Her next book about a little Were-Pup for Random House. It will be a while before she can ride again but the horses and dogs are being taken care of by Lisa, Sally and James, Tree Elf.

Sadly she will not be able to get to Bologna Book Fair this year as she cannot travel for six weeks after the operation but she will be appearing at Hay Festival at Hay on Wye, Hay Festival in Kells Co. Meath, Ireland and Edinburgh Festival later in the year.

Babette wishes to thank everybody who has helped her get through her knee replacement and we wish her a speedy recovery.