In the Totaloonia Office we had an email in that we thought would interest you all, so we’re setting it out in the Hot Gossip for you to read and peruse….

How would YOU like to have a go at this New Short Story Course? Read ON!

Claire Kilroy is the judge.

She will select the best ten short stories for publication in the Fish Anthology 2014.

Claire Kilroy is one of Ireland’s most exciting emerging writers. She is the acclaimed author of four novels – All Summer, (recipient of the 2004 Rooney Prize for Irish Literature and was short-listed for the Kerry Group Irish Fiction Award), Tenderwire (shortlisted for the Hughes & Hughes Irish Novel Award), All Names Have Been Changed and The Devil I Know.

In 2002 she received an Arts Council Literature Award.

Word limit is 5,000. There is no restriction on theme or style, and the prize is open to writers from all countries who are writing in English.

Second Prize: a week at the Anam Cara Writers Retreat in West Cork, plus €300.

Entry fee: €20 (€10 subsequent entries). Online Entry. Once you register and enter online, you can login and check your entry(ies) at any time.

Results will be announced on 17 March on the Fish website, and sent out in the newsletter.

Stories must not have been published previously, and must be eligible for publication in the 2014 Fish Anthology.

Stories cannot be altered or changed after they have been entered. Judging at all stages is anonymous. Names or addresses must not appear on the stories, but on a separate sheet if entering by post, or in the appropriate place if entering online.

A Bit of Fish History

The Fish Short Story Prize has been running since 1994. The first Fish Anthology, The Stranger and Other Stories, which took its title from Molly McCloskey’s winning story, was put together in the galley of a fishing trawler off the south west of Ireland. From these humble and rough beginnings we have reached the point where we are working on the 20th Fish Anthology. We are looking for ways to celebrate.

For the initial Fish Prize, we were lucky to have the support of three great Irish writers. Roddy Doyle had just won the Booker Prize forPaddy Clarke Ha Ha Ha. As a kid I lived around the corner from Roddy, and I knew intimately the places and atmosphere of the book. With this tenuous connection I wrote to Roddy (no emails or texts then), asking him to be one of our judges. He supported our aims of publishing new writers, he launched the Anthology in Jury’s Hotel in Dublin, and has supported Fish ever since as an Honorary Patron of the Fish Short Story Prize.

Dermot Healy, one of Ireland’s greatest writers, also agreed to judge, and Deirdre Madden, author of some of the most accomplished books I have read (Authenticity is particularly wonderful), was the final judge. That first year the Prize was an Ireland only affair. The following year we went global. The winner was Karl Iagnemma from Boston with Dog Days. Karl, like Molly McCloskey, has gone on to achieve the kind of success as a writer that real talent deserves. Since then, the Fish Short Story Prize has been won by American, New Zealand, British, Australian and Irish writers, and we have published over 200 short story writers in the Fish Anthology from all over the world. 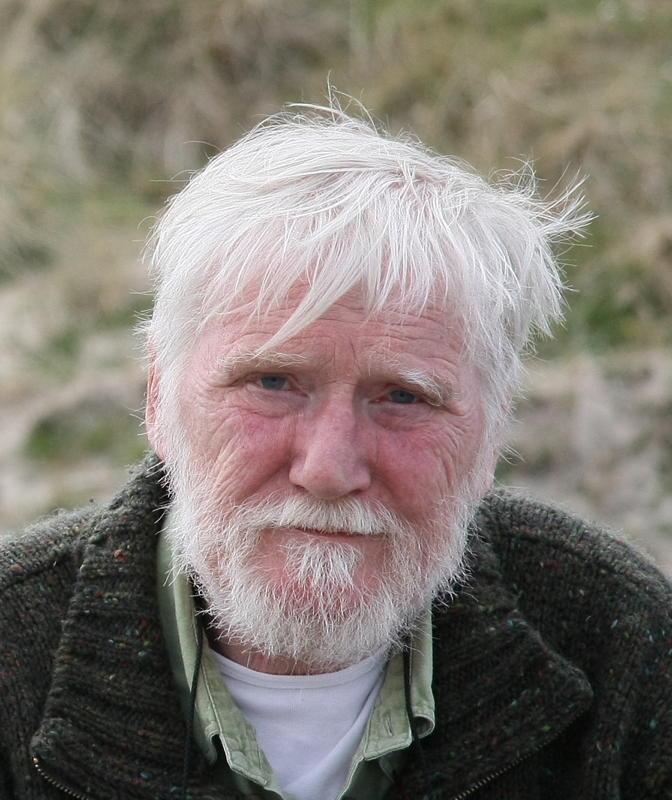 This competition, now in its third year, closes on 31 January 2014. Details will be in a future newsletter. Meanwhile, they are on the Fish website. Dermot Healy, who was a judge for the first Fish Short Story Prize in 1994, and has been an Honorary Patron since, will select the ten memoirs for inclusion in the 2014 Fish Anthology. He is the author of the brilliant memoir The Bend for Home, five books of poetry, eight plays, a collection of short stories and four novels.

The man was a legend and his death has left a huge space in the literary life of the world, and in life itself in Ireland. In the picture he is chatting with poet Mathew Sweeney (left),  one-time judge of the Fish Poetry Prize and Marc Phillips, winner of the Fish Short Story Prize 2005, after the launch of the Fish Anthology 2005 at the West Cork Literary Festival. Heaney had no books of poetry with him, so when he stood in front of the packed audience in Bantry Library he recited his poems.

I wrote to him some years ago asking him to judge one of the Fish Prizes, more in hope than expectation that he would do it. He had just won the Nobel Prize for literature, and pleaded a schedule that was too busy. The letter was gracious, apologetic, hand-written. I was surprised to even receive a reply such were the demands on him at the time. The first time I heard him read I was a student at Trinity College Dublin. He read in the tiny Players Theatre in the corner of the Front Square.

Another northern poet, perhaps it was Derek Mahon or Michael Longley, I can’t recall, couldn’t come at the last minute and Heaney, demonstrating the now famous generousity of spirit, dedicated half of his time to reading the work of the missing poet, praising the poems as he went. But what I remember most from that occasion was his eyes. They were sparkling, dancing and dark. They seemed to contain an energy that was peculiar and captivating. He was an emperor on stage. He joked, he chatted, he read. He imparted small revelations, bits of information, a joke or two. Warm and inclusive, as he was every time I heard him read. Funny, interested, interesting. Greatly missed.

Below is a poem commemorating Heaney by Fish Poetry Prize winner Ken Taylor.

i played shitty golf. wayward off

the tee. chopping out of roughs.

to cradle. quit balls outside the leather.

no tempo in take-away or follow-thru.

an opposite of lyric occasion.

all circlers of our trees apposite

in grizzled light. redbreast in recall

as cornering sheets: as quotidian cycles:

of beetles. back garden basil bolting

blushes plodding this time in time

for mouthfuls on the fair-haired bus

bound for school over chicken bridge.

them greener as the season closes.

time of spiders & their webs.

collected words in my notebook:

deliquescence from this week’s reads

wending round the world into my devices.

of this day & absent chance to tipple

with seamus a future day in county

derby or in chatham among plovers:

After the success of both the Online Flash Fiction and Memoir Writing Courses, we are pleased to announce the launch of the Fish Short Story Writing Course. This tailored online program will not only develop your general writing skills but will explore in depth the potential of the short story genre.

The course offers both new and experienced writers an extensive range of creative ideas and activities to help develop their craft.

will be on hand to offer advice on mastering technique and developing personal style. Each module concentrates on a key aspect of the form, such as shape and structure, narrative perspective and characterization and by the end of the program you will have completed a polished work of short fiction that will be submitted for the Fish Short Story Prize.

Mary Jane’s astute commentaries, her helpful suggestions, her clear understanding of the technicalities of language and its use were placed in informal emails, which were friendly and supportive throughout. Avril Leigh

I enjoyed this course so much and I’m now in possession of a body of my own work complete with superb feedback on all aspects. If I hadn’t taken the course I probably wouldn’t have written much at all over this period. So… thanks!  Lucho Payne

My good news is that the story Hummingbird, written as part of the Compression Module, has been shortlisted for NZs National Flash Fiction Day competition :)) pretty thrilling … thank you so much for everything with this story … and ALL the stories that have emerged during the past couple months. Leanne Radojkovich