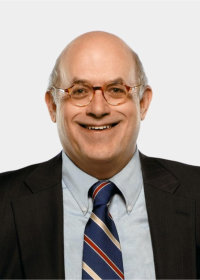 A Manhattan publishing big is 50 shades of depraved, a shocking lawsuit claims.

In papers filed Monday in Manhattan Supreme Court, McCoy, 55, said she’d had a “personal relationship” with the married Kirshbaum, 69, while he was the head of the Time Warner Book Group in the early 2000s, but they parted ways in 2005.

They reconnected in 2010, when Kirshbaum, then a literary agent, told her about a job he thought she’d be a good fit for, the suit says.

They allegedly met for a bite to eat at a Midtown deli. McCoy said she was looking at salad options when “the much physically larger Kirshbaum suddenly swooped down, grabbed her and forcibly stuck his tongue in her mouth, causing (her) neck to jerk back in excruciating pain.” He then “thrust a hand into her pants and panties” and groped her, the suit says.

McCoy said she pushed him off, and he “apologized profusely” — before sticking his tongue in her mouth again outside, the suit says.

McCoy left, but agreed to meet him again two months later at a Midtown coffee bar, after he told her he wanted to give her money for a documentary she was working on, the suit says. They sat at a table ­– where he shoved his hand up her skirt, the suit says.

When she pushed him off, he told her, “I’m not done yet.”